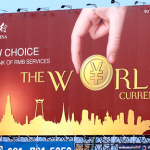 James Rickards is a veteran Wall Street insider and bestselling author. He is the guy the CIA invites to play economic war games. So when he starts to talk ‘reset’ I am listening;

“China wants to do what the U.S. has done, which is to remain on a paper currency standard but make that currency important enough in world finance and trade to give China leverage over the behavior of other countries.

The best way to do that is to increase its voting power at the IMF and have the yuan included in the IMF basket for determining the value of the special drawing right (SDR). China accomplished that last September when the IMF added the yuan to its basket of currencies.

The rules of the game also say you need a lot of gold to play, but you don’t recognize the gold or discuss it publicly. Above all, you do not treat gold as money, even though gold has always been money. The members of the club keep their gold handy just in case, but otherwise, they publicly disparage it and pretend it has no role in the international monetary system. China is expected to do the same.

Right now, China officially does not have enough gold to have a “seat at the table” with other world leaders. Think of global politics as a game of Texas Hold’em. What do want in a poker game? You want a big pile of chips.

Gold serves as political chips on the world’s financial stage. It doesn’t mean that you automatically have a gold standard, but that the gold you have will give you a voice among major national players sitting at the table.

For example, Russia has one-eighth the gold of the United States. It sounds like they’re a small gold power — but their economy’s only one-eighth as big. So, they have about the right amount of gold for the size of their economy. And Russia has ramped up its gold purchases recently.

The U.S. gold reserve at the market rate is under 3% of GDP. That number varies because the price of gold varies. For Russia, it’s about the same. For Europe, it’s even higher — over 4%.

In China, that number has been about 0.7% officially. Unofficially, if you give them credit for having, let’s say, 4,000 tons, it raises them up to the U.S. and Russian level. But they want to actually get higher than that because their economy is still growing, even if it’s at a much lower rate than before.

When you have this reset, and when everyone sits down around the table, China’s the second largest economy in the world. They have to be on the bus. That’s why the global effort has been to keep the lid on the price of gold through manipulation. I tell people, if I were running the manipulation, I’d be embarrassed because it’s so obvious at this point.

The price is being suppressed until China gets the gold that they need. Once China gets the right amount of gold, then the cap on gold’s price can come off. At that point, it doesn’t matter where gold goes because all the major countries will be in the same boat. As of right now, however, they’re not, so China has though to catch-up.

I’ve described some catastrophic scenarios where the world switches to SDRs or goes to a gold scenario, but at least for the time being, the U.S. would like to maintain a dollar standard. Meanwhile, China feels extremely vulnerable to the dollar. If we devalue the dollar, that’s an enormous loss to them.

China has recently sold a portion of its dollar reserves to prop up its own currency, which has come under tremendous pressure. But it still holds a large store of dollar reserves.

China has been saying, in effect, “We’re not comfortable holding all these dollars unless we can have gold. But if we are transparent about the gold acquisition, the price will go up too quickly. So we need the western powers to keep the lid on the price and help us get the gold, until we reach a hedged position. At that point, maybe we’ll still have a stable dollar.”